"In 1988, my search for an original, wool uniform led me to a warehouse containing baseball flannel dating from the 40's. I bought in one bolt at a time and we literally built our company on it." - Jerry Cohen, Owner & Founder

Ebbets Field Flannels continues to be run by its original founders, and remains committed to bringing the quality, beauty and craftsmanship of mid-Century American athletic garments to a 21st Century public.

Co-founder Jerry Cohen grew up in Brooklyn, not far from where the fabled stadium once stood in Flatbush. Jerry listened to his father tell stories of the colorful players of another era. He was proud of the fiercely independent neighborhood. And the Brooklyn Dodgers' heritage as the first major league team to integrate professional baseball in 1947, with the addition of Hall-of-Famer Jackie Robinson.

FUELED BY A LIFE-LONG PASSION

Jerry was fascinated with sports emblems and uniforms. As a youngster, he would purchase baseball cards to see the uniform changes and colors rather than for the players. Fast-forward to 1987, when he was trying to find a vintage flannel baseball jersey to wear onstage with his rock & roll band. Which led to...

MOVING INTO THE BIG LEAGUES

Not satisfied with the "polyester era" look and designs, Jerry became a bit obsessed, and eventually tracked down some old wool baseball flannel and had a few shirts made for himself. When people literally wanted to buy the shirt off his back, Ebbets Field Flannels was born. Focusing on non-major league history such as the Negro leagues and the pre-1958 Pacific Coast League gave the Company a unique twist, and brought relatively unknown baseball history to the public at large.

By 1990, Lisa Cooper had joined Jerry to keep things organized and running. That's when Sports Illustrated magazine ran a full page article about Ebbets Field. Celebrities like Spike Lee and David Letterman were soon among the growing customer base. Over 30 years and thousands of flannels later, EFF is still making vintage jerseys, jackets and caps in America the old fashioned way, using original materials and manufacturing techniques. 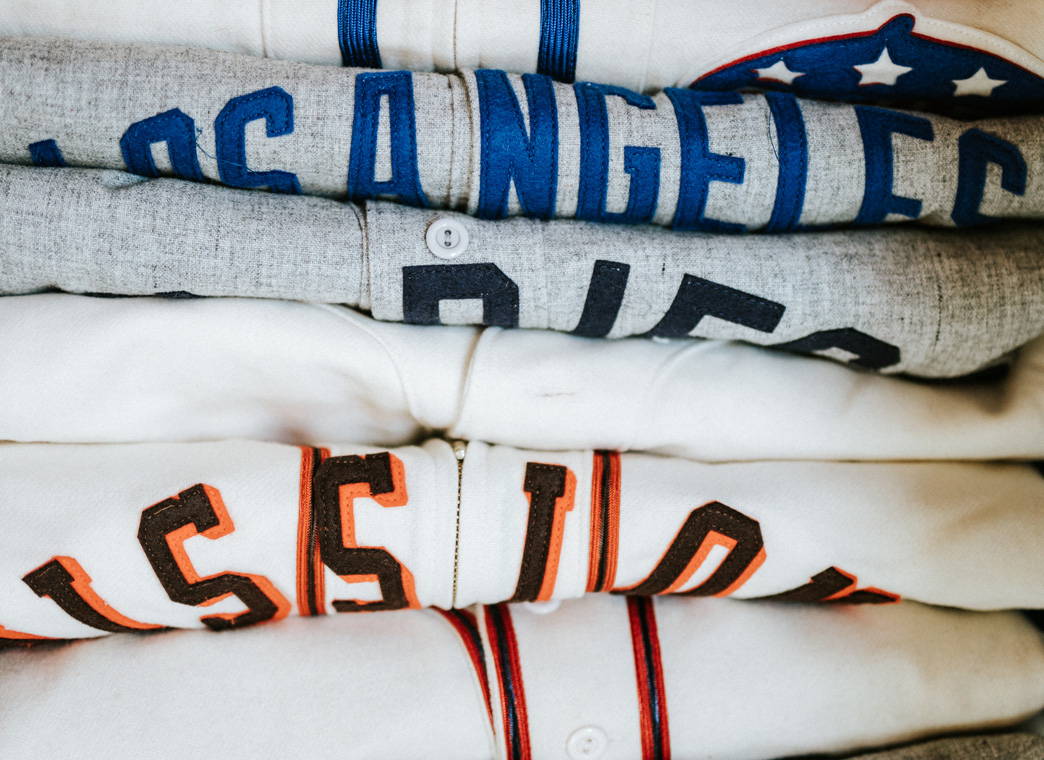 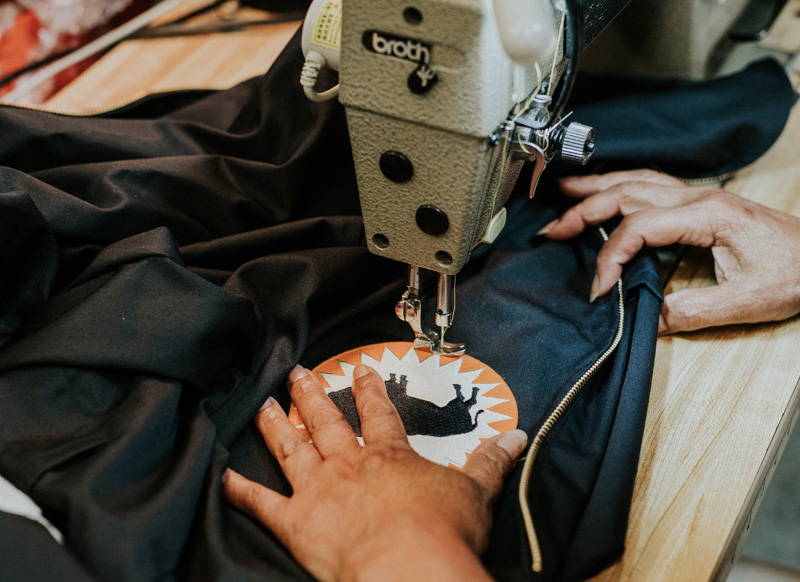 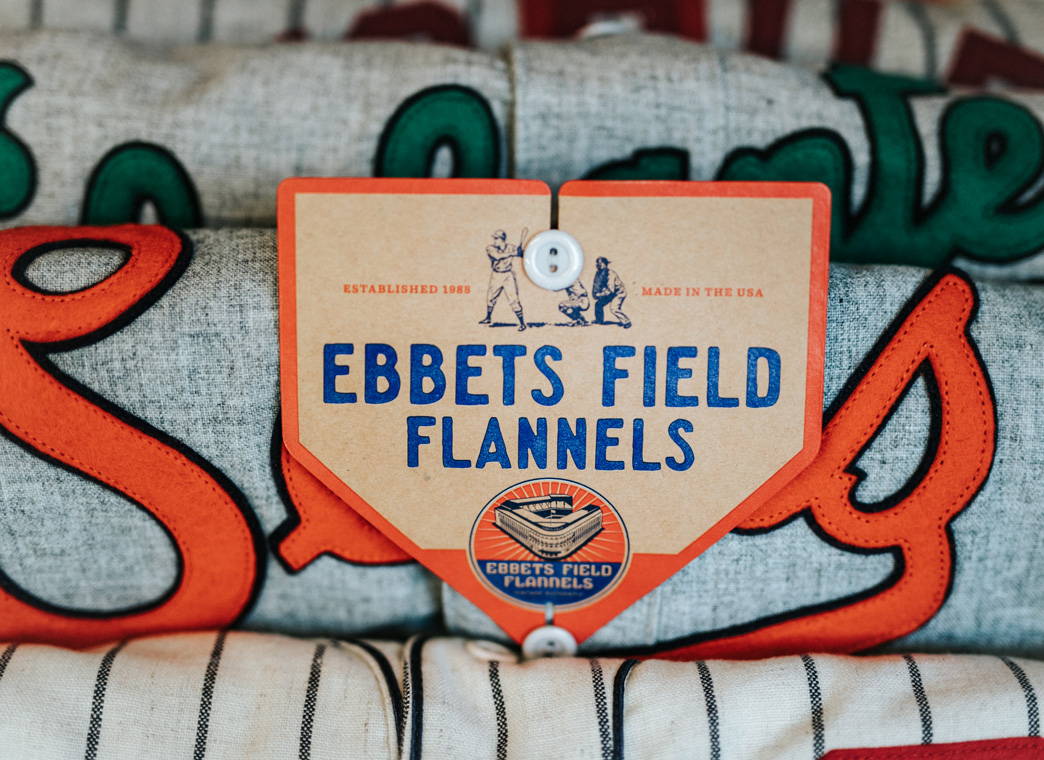 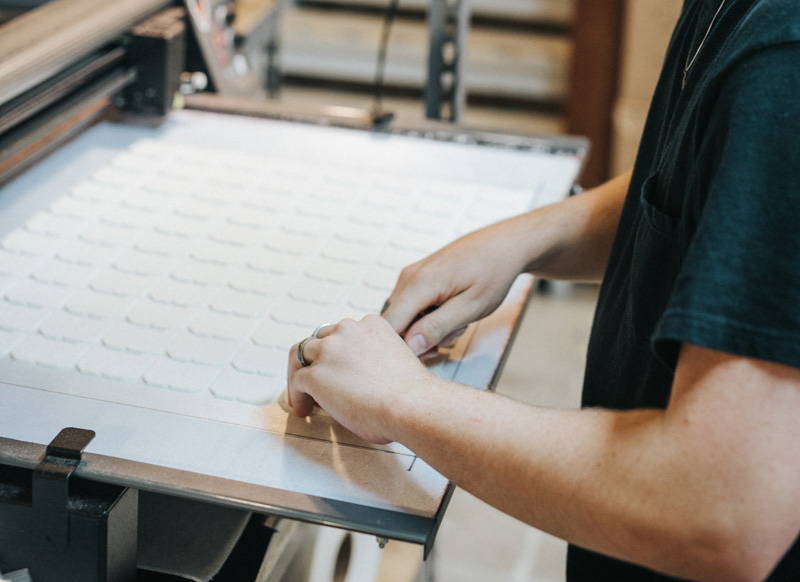 STARS ON AND OFF THE FIELD

Our shirts have been in movies such as "42" the Jackie Robinson Story, as well as TV shows and plays, and have appeared on major league diamonds in numerous "Turn Back The Clock" games. One of our proudest moments was closing day of the old Yankee Stadium, when our hand-crafted uniforms adorned Yankee legends like Yogi Berra and Whitey Ford. Ebbets Field Flannels is the world leader in researching, sourcing and creating 100% authentic apparel.

Each limited edition garment is handmade from the world's largest inventory of 100% authentic, historical fabrics. All jerseys, ballcaps, jackets and sweaters are cut, sewn, or knit, from original fabrics and yarns.

We don't follow the latest fads. Instead, we're fanatics when it comes to historical accuracy, backed by documented research. We weave that local color and heritage into an array of products as timeless as the game itself.

Our fabrics and manufacturing techniques are identical to the originals. We never settle for "look alikes." Instead we tirelessly seek and hunt down authentic materials and use them in our apparel.

Ebbets began in 1988 and we're still going strong. In fact, the legion of Ebbets fans continues to grow. We're still owned and run day-to-day by the original founders (instead of a corporation). Many of our customers are second (even third) generation. 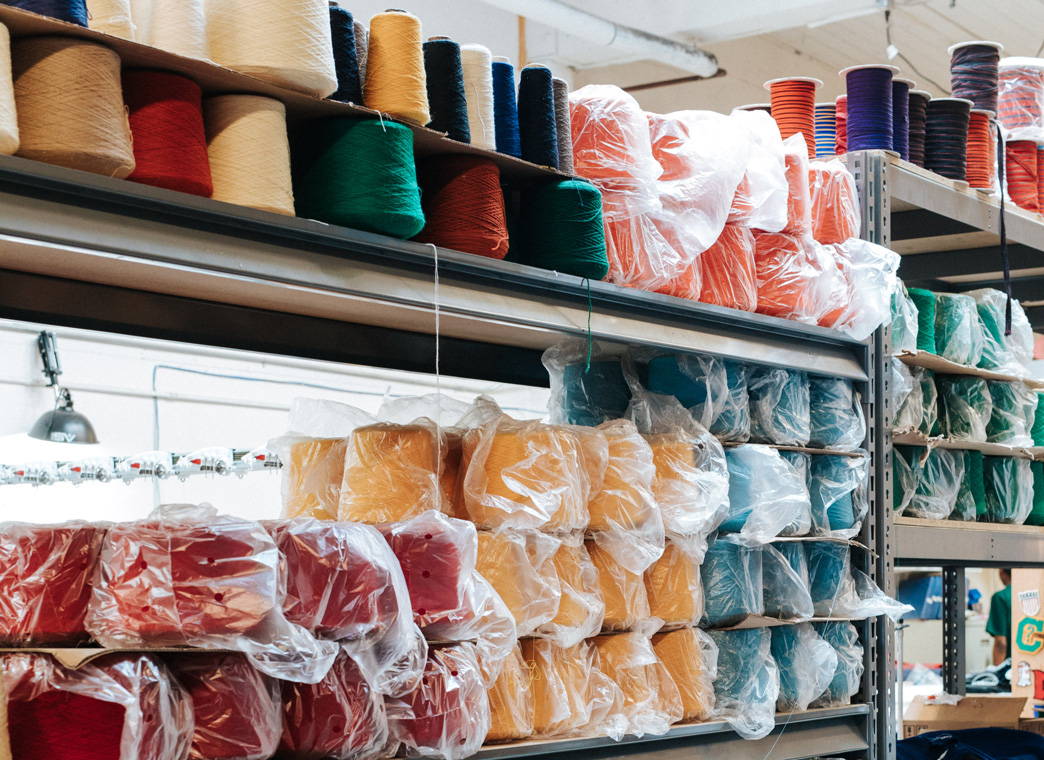 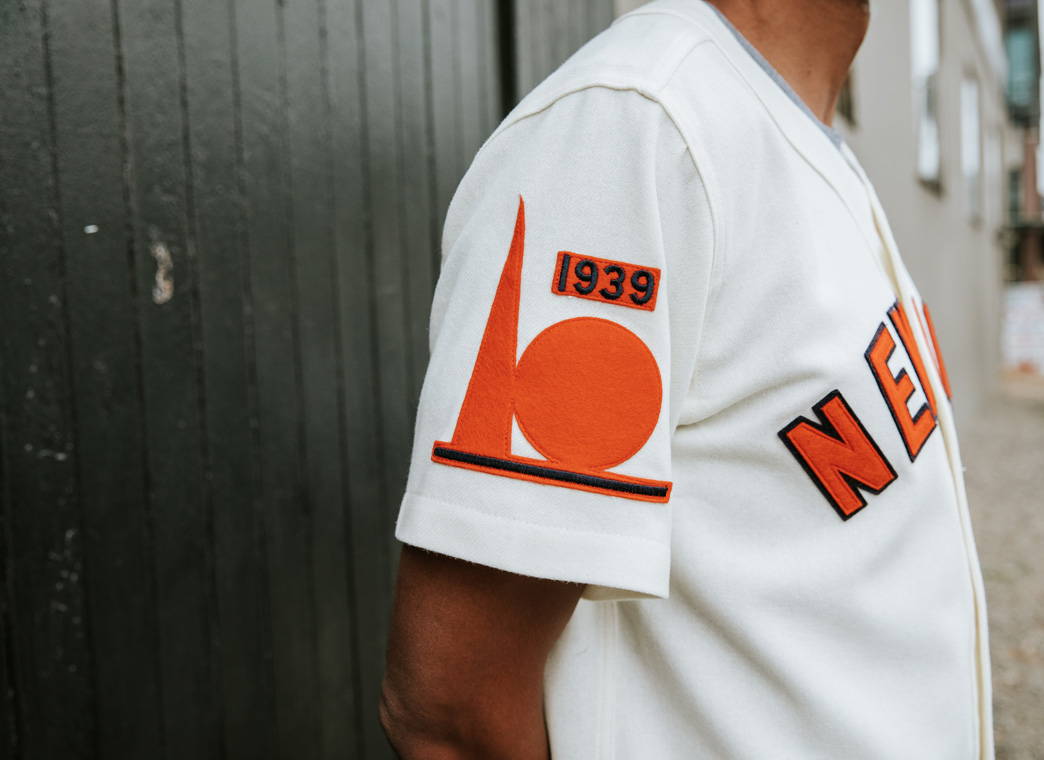 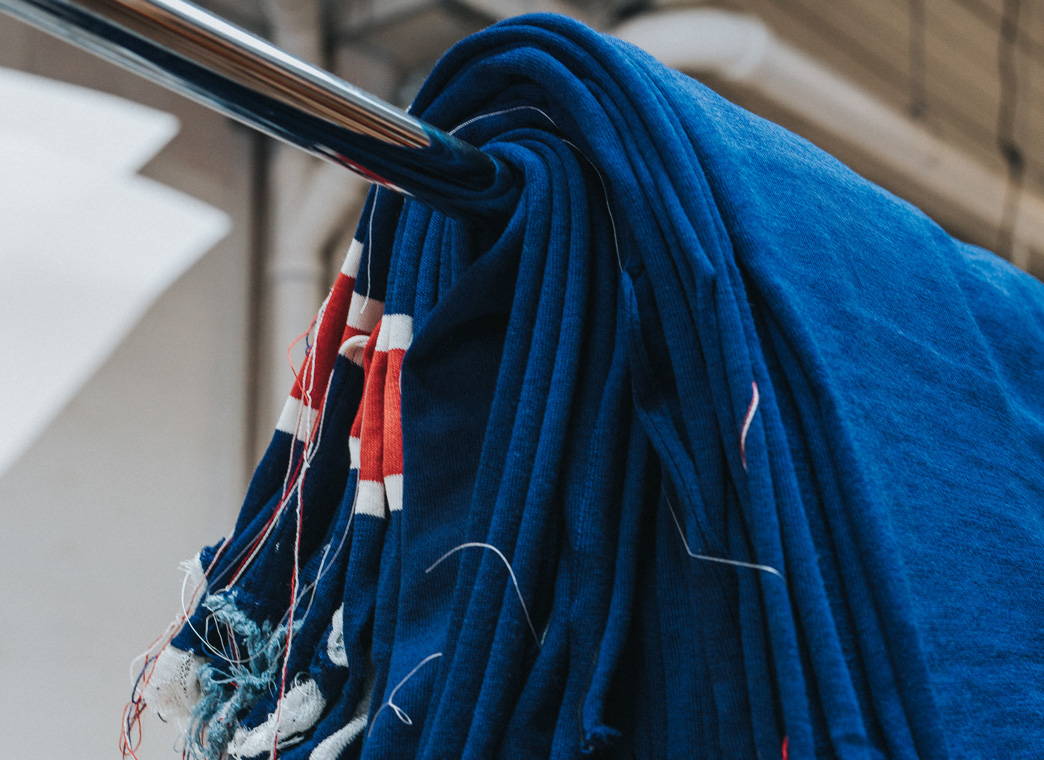