THE WILD RIDE OF THE HAVANA SUGAR KINGS

How the International League became entwined with Fidel Castro and the Cuban revolution.

Despite only playing in the International League for six seasons, from 1954-1959, the Havana Sugar Kings may have the most fascinating history of any minor league club in the history of professional baseball. In those six years, they were the only professional baseball team to compete against Fidel Castro on the field, they took stray gunfire from Castro’s rebels, and yet they were also Castro’s favorite team, which made them a pawn in US-Cuba relations after Castro’s communist revolution. 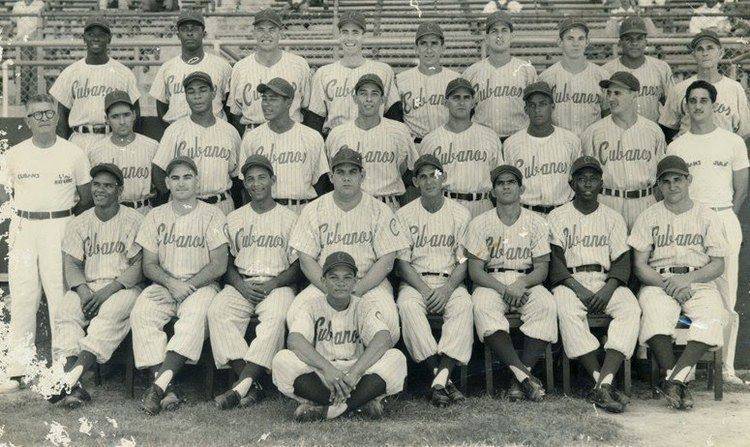 The Sugar Kings may have only appeared on the field for six seasons, but their legacy on both the Cuban and American political and sports landscape has been playing out for the last 60 years.

In 1953, Cuban entrepreneur Bobby Maduro gained majority control of the Cubanos and after the completion of the ‘53 season, he changed their name to the Sugar Kings and moved them up to the Triple-A International League, the second highest level of Organized Baseball behind the Major Leagues. With a Cuban owner, a roster stocked with top players from Cuba and around Latin America, competing in the vaunted International League, the Sugar Kings became a major source of Cuban national pride, at a time when Cuban nationalism was in a historically powerful moment.

The Cuban revolution began on July 26, 1953, when Fidel Castro led his small revolutionary army –– which became known as the 26th of July Movement –– on an attack on a military barracks in southern Cuba. While the specific ultimately failed and led to Castro and his brother Raul spending the next several years in prison, it provided the first spark for the communist revolution against the Cuban head of state, Fulgencio Batista, who was backed by the United States. It also intensified the role of the Sugar Kings as both a lightning rod for Cuban pride and a key bridge between American interests and the Anti-American forces of revolution.

When Castro eventually ousted Batista in early 1959, many suspected that the Sugar Kings would shut down and American baseball would flee the country along with the rest of American businesses. However, Castro instead guaranteed Maduro that the Sugar Kings would have a permanent home in Havana, regardless of the political changes. Castro additionally pledged $70,000 to the Sugar Kings to make up for lost revenue due to the political situation and gave his support to Maduro’s goal of bringing a Major League expansion franchise to Havana. 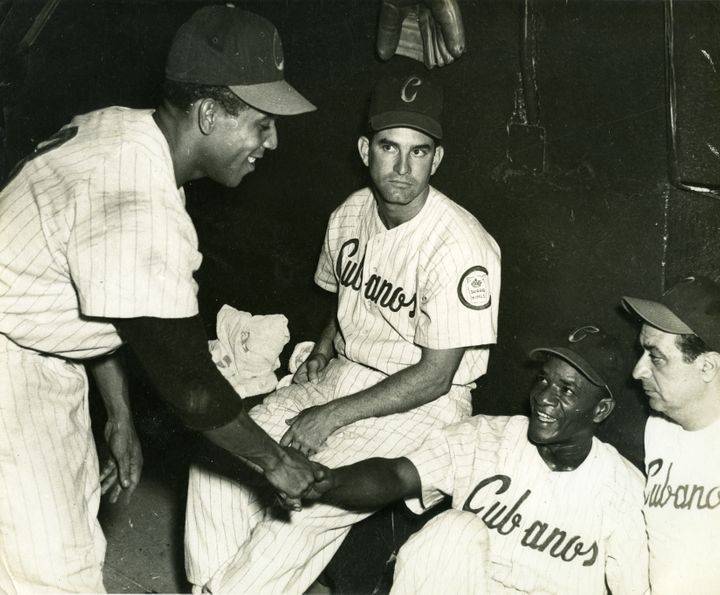 Later during the season, Castro even took the field against his beloved Sugar Kings, competing in an exhibition game wearing the uniforms of a team named “Los Barbudos” –– “The Bearded Ones” –– made up of military police and Castro’s fellow hero of the revolution, Camilo Cienfuegos. Castro pitched two innings against the Sugar Kings and picked up two strikeouts. 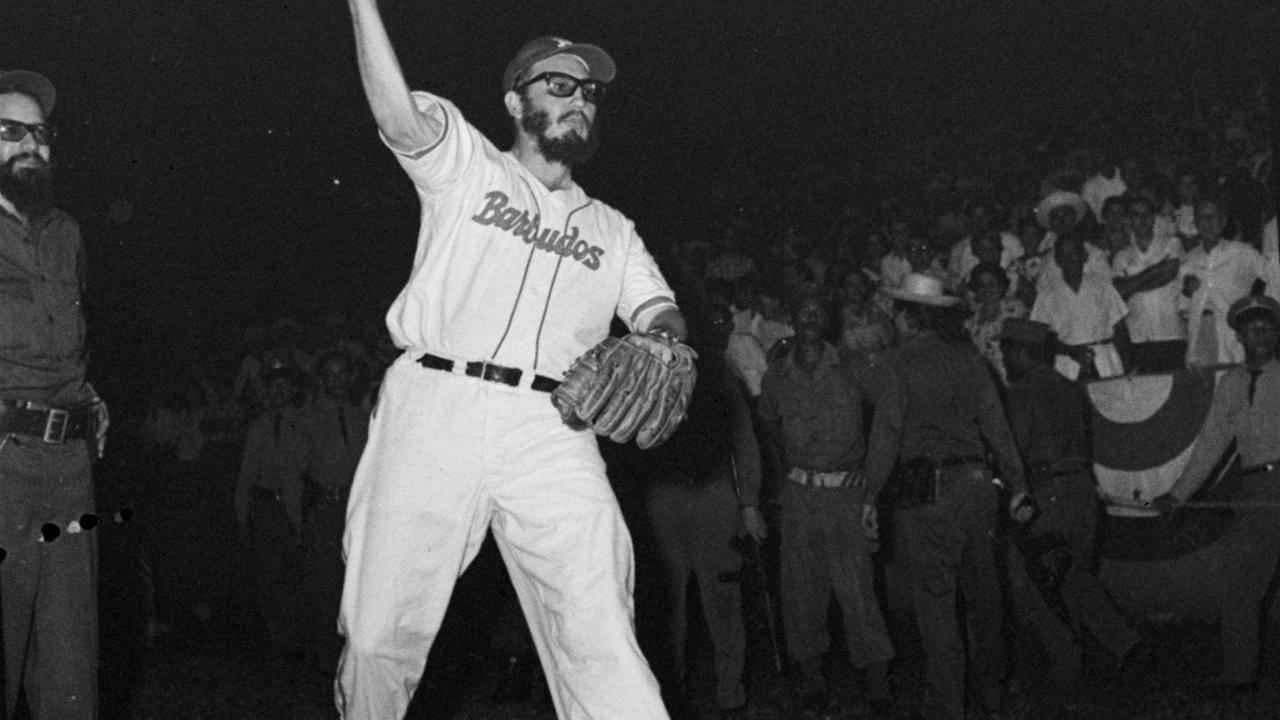 The next day, on July 25th, the Sugar Kings were playing the Rochester Red Wings, and as the game stretched closer to midnight and the anniversary of the 26th of July Movement, Castro’s supporters began firing guns into the air in celebration, both inside and outside the ballpark. In the hail of falling bullets, Sugar Kings shortstop Leo Cardenas and Red Wings third base coach Frank Verdi both sustained very minor injuries.

Once again, there were fears that the Sugar Kings might have to abandon Havana, but after cancelling the rest of the series against the Red Wings, the Sugar Kings continued their league schedule, finishing third in the final International League standings. They caught fire in the postseason, winning two series to emerge from the International League playoffs, and then went on to meet the Minneapolis Millers from the American Association in the Junior World Series championship. In Game 7, in front of a standing room crowd in Havana, with both Castro and Che Guevara in attendance, and an entire nation backing them, the Sugar Kings beat the Millers with a walk-off single in the bottom of the ninth and a mass of fans and soldiers rushed the field to celebrate.

The Sugar Kings began the 1960 season in Havana but after mounting political pressure, a decision was made by none other than United States Secretary of State Christian Herter and MLB commisioner Ford Frick to remove the club from Cuba. Both Maduro and Castro were furious at the decision but by July 15 of that season, the team was playing its home games at Roosevelt Stadium in Jersey City, New Jersey, and Cuban-American relations would never again be the same, in baseball or otherwise. 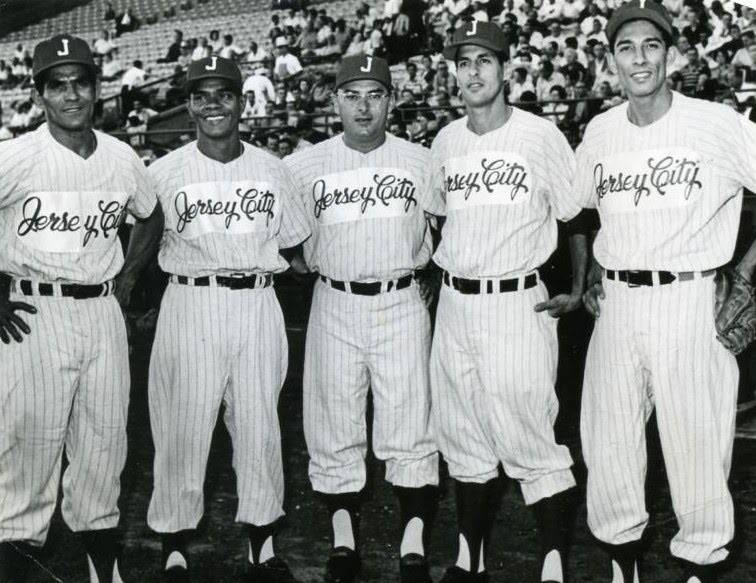