History: ﻿8-panel cap fans, we haven’t forgotten you! We were thrilled to find another historic team that used this unusual style. The ’24 Bears finished in the middle of the pack, but Bill Zitzmann led the circuit in runs, with 137. (Zitzman also played for the Pirates and Reds). Future National League umpire Jocko Conlan played for the rival Rochester Tribe that season, and led the league in hits. 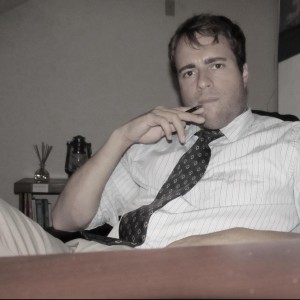 This is my first soft longer-brim cap and it is amazing. I own three others by EFF, all 8-panel: BB with standard visor (would be superior in soft visor), Star Bloomer Girls, and 1915 Whales. To think I used to wear run-of-the-mill caps from the likes of New Era, and others... I bought this particular cap over a similar one, the Toledo Mud Hens, because the 'N' can pass for 'Nashua', as in 'Nashua Dodgers'. I noticed the old Nashua Dodgers (NH) cap looked awfully similar to the 1924 Bears team of Newark. This cap is a nice change-up from the equally superior short-brim variety. You know, I cringe inside when I see ordinary baseball caps - so ordinary, so thoroughly lacking in character and historicity, so lacking in the decency that inheres in the myth of the good old days of baseball and clothing. I cannot say enough about these historical EFF hats.

Very well made and looks terrific! Shipping was quick and (apart from the U.K. customs charges!) painless. Thank you for an excellent product! Greg

Fast shipping, nicely packaged and quality of cap is above and beyond.

I bought the adjustable, It’s not a deep hat so it fits my head perfectly- no wrinkled look (although some people prefer that). The wool is NOT too heavy for a summer day and is perfect for nights- I live in NJ if you couldn’t guess. The material feels top notch and the style is very nostalgic and authentic. This hat does not look like it was made in some production line so it really has that old school one of a kind feel. I just purchased a Newark Jersey. I’ll give a review once that arrives. Thanks guys. Keep up the quality work.

The first one i got was a bit big. I mailed it back To exchange and received my new hat very quickly! The process was smooth and easy! Love my new hat. Thanks!