The forgotten glory of the original Orioles and the man who built them.

From 1919-1925, the Baltimore Orioles of the International League accomplished a feat that no team in professional baseball has matched before or since, winning seven consecutive league pennants. The architect and leader of this dynasty was a man named Jack Dunn, the godfather of baseball in Baltimore. 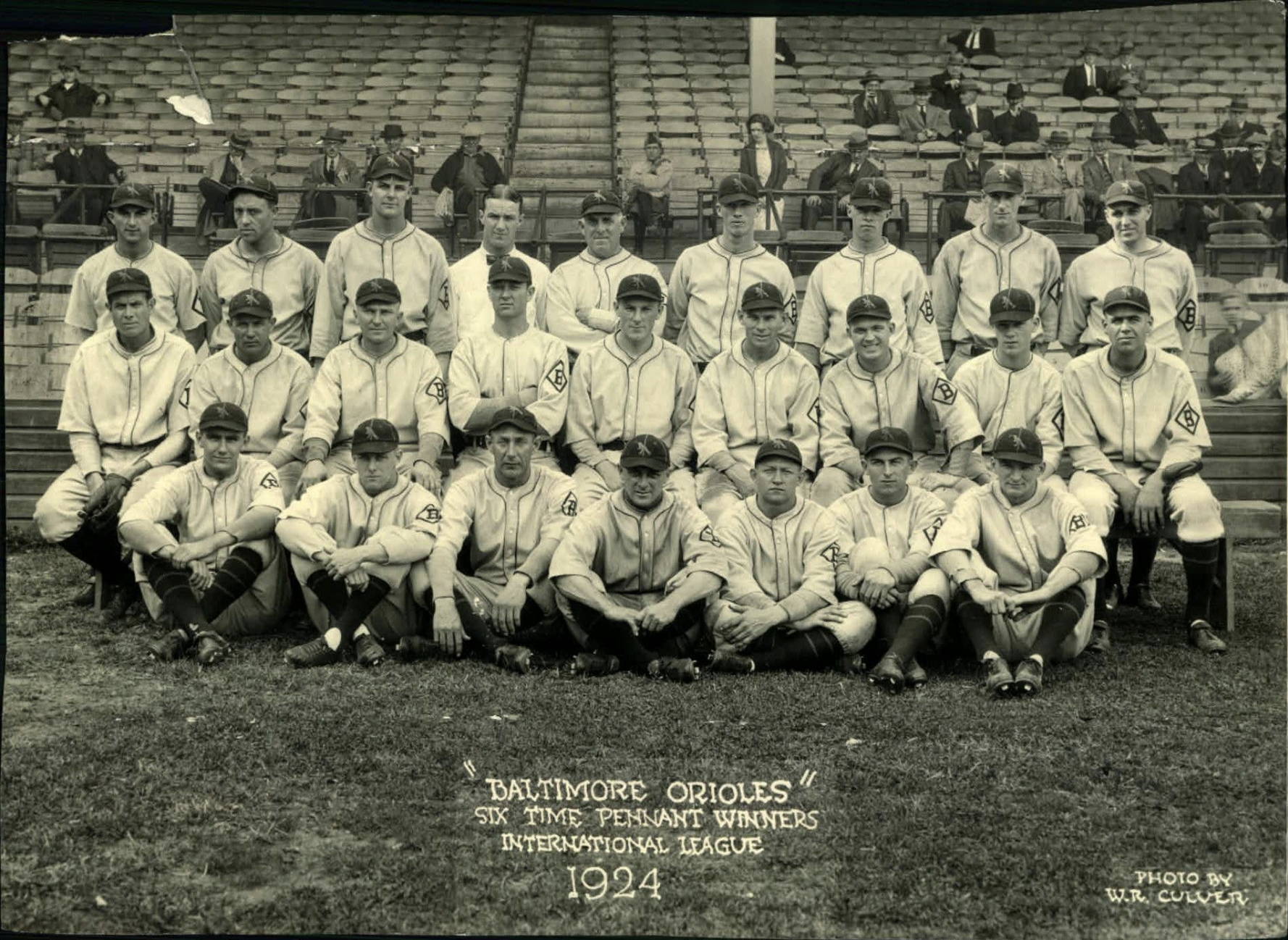 Born in Pennsylvania in 1872 and raised in New Jersey, a childhood accident with a freight train left Dunn with a crippled left arm. However, his right arm more than made up for it, as his pitching ability earned him a Major League debut with the Brooklyn Bridegrooms of the National League in 1897.

During his seven-year career as a big league journeyman, Dunn gained a reputation for his versatility in being able to play several different positions in the field, but just as notable was his astute understanding of the game and his knack for developing young players. While playing for legendary managers like the Connie Mack of the Philadelphia Athletics and John McGraw of the New York Giants, Dunn seemed to be already preparing for a managerial career of his own.

In his first season after leaving the Major Leagues, Dunn led the Providence Grays to an International League title, and after a few more seasons managing in the minor leagues, Dunn purchased the Orioles for a hefty but unconfirmed sum. Though whatever the exact price, Dunn was aided by a significant loan from none other than Connie Mack.

During the seasons that followed, the Orioles had their ups and downs in terms of results of the field. However, Dunn continued to burnish is reputation for finding and developing young talent, selling a number of players to Major League clubs, which helped continue to fund the Orioles’ growth. In 1914, Dunn came across a teenage pitcher at a local Baltimore high school. The kid’s name was George Herman Ruth. Because of Ruth’s rough background, in order for him to leave the high school and sign with the Orioles, Dunn had to become his legal guardian. When the team took their new teenaged pitcher to spring training in North Carolina, Ruth became known as “Dunn’s baby,” which was eventually shortened to just “Babe,” and so was christened the legendary Babe Ruth.

The Babe’s Orioles tenure was brief, however, as mounting crosstown competition from the Baltimore Terrapins of the upstart Federal League put the Orioles in dire financial straits, forcing Dunn to sell his prized star to the Boston Red Sox midway through the season and ultimately move the team to Richmond, Virginia. 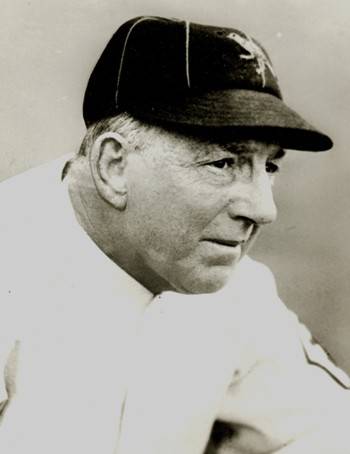 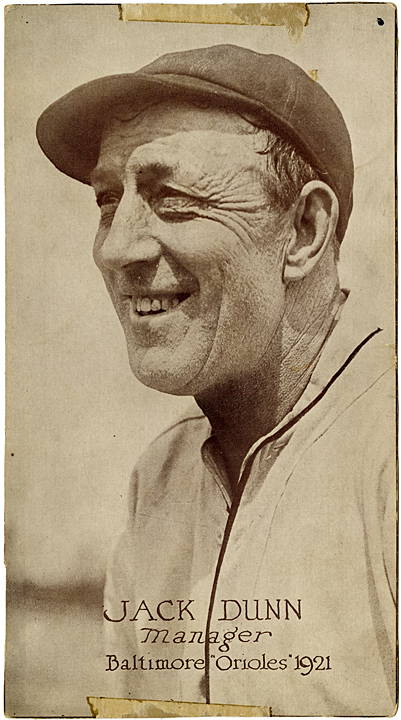 Almost immediately after the loss of Ruth and move to Virginia, Dunn began scheming to bring back his Baltimore Orioles and make them one of the premier ballclubs in the country, in a way he hadn’t before. His efforts were helped by the death of the Federal League, which disbanded the rival Terrapins. Dunn then sold the Richmond Virginians, bought a club from Jersey City, New Jersey, immediately moved them to Baltimore and restored the Orioles name. To construct his roster, he struck deals with Major League clubs, preyed on the death of the Terrapins to scoop up strong local players in need of a new club, and started building a national network of scouts to find players all over the country.

Within 3-4 years, Dunn’s Orioles had a roster that rivaled that of many Major League teams, led by star pitcher Lefty Grove, who would later be inducted into the Baseball Hall of Fame. In five seasons in Baltimore from 1920-1925, Grove posted records of 12-2, 25-10, 18-8, 27-10, and 26-6, anchoring the Orioles rotation as the team won five of their seven consecutive league titles.

By the time the Orioles’ run finally ended with a second place finish in 1926, the local newspaper reported that the team under Dunn had sold 29 players to Major League clubs for a total of $404,100. The achievements cemented the legacy of Dunn and the proud standing of the Orioles within the city of Baltimore. 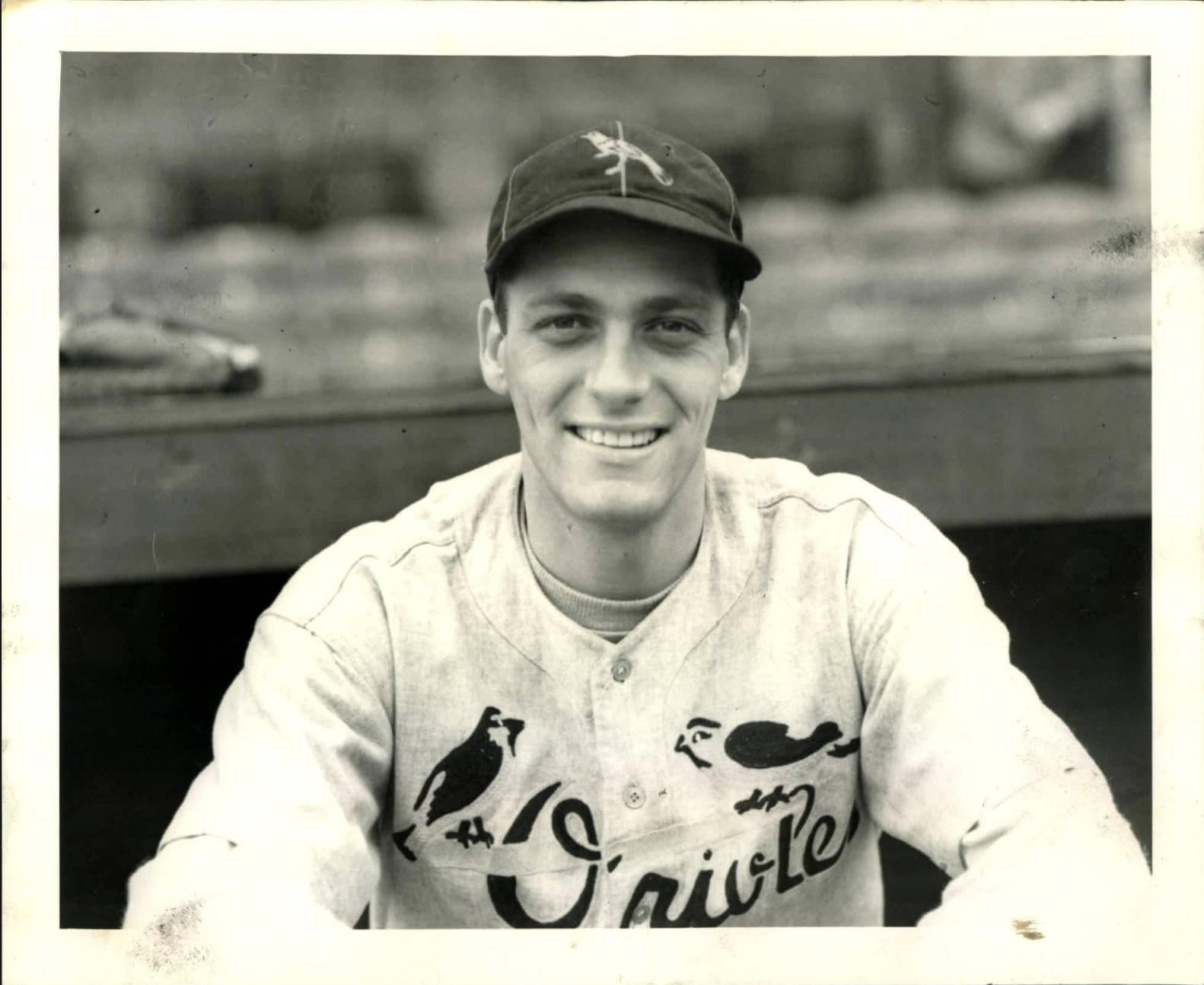