In 1992 I said to heck with the rat race and left a pretty good marketing job in New York City and moved to Georgia to help a friend with his booming bar business located in the trendy Atlanta city of Buckhead. I was tending bar the night Sid Bream lumbered around the bases to bring the Braves the NL title and as you might imagine, the roof nearly came off the joint. While everybody was going berserk, I vividly remember one patron in particular because amongst all the braves t-shirt wearing crowd was this guy wearing what was definitely a baseball shirt, but one I had never seen before that seemed rather strange. It clearly had a big baseball on it, and it clearly said ATLANTA CRACKERS. I did a double take, and then another. What is this? I had never really been to the south before and certainly had my carpet bagging stereotypes on alert. I immediately thought this was not something good. I wanted to ask the guy who/what is the Atlanta Crackers but I was in the weeds and he got lost in the throng. After everybody finally cleared out and we closed shop, I asked a few of the other barkeeps around about it and one of them said, “oh yeah, that was a minor league team that used to play downtown in Ponce De Leon Park. Were pretty good too.” I said “ok, but what about that name?” “Must mean the crack of the bat or something like that… nothing bad or anything.” I accepted that as fact and really never thought about it again.   Until….. 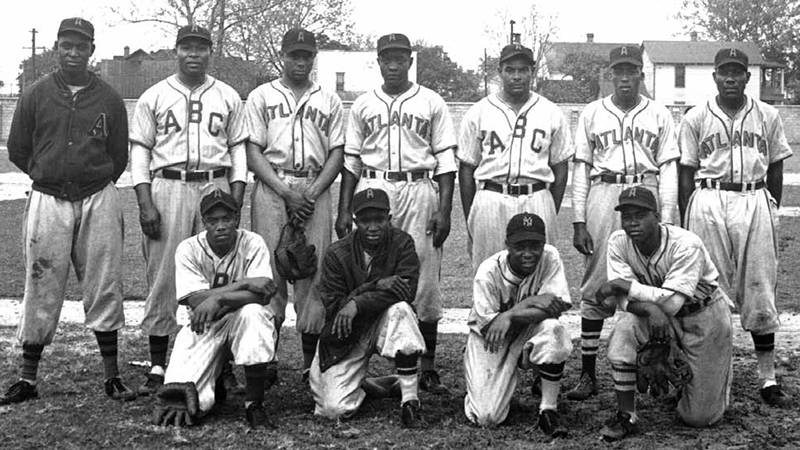 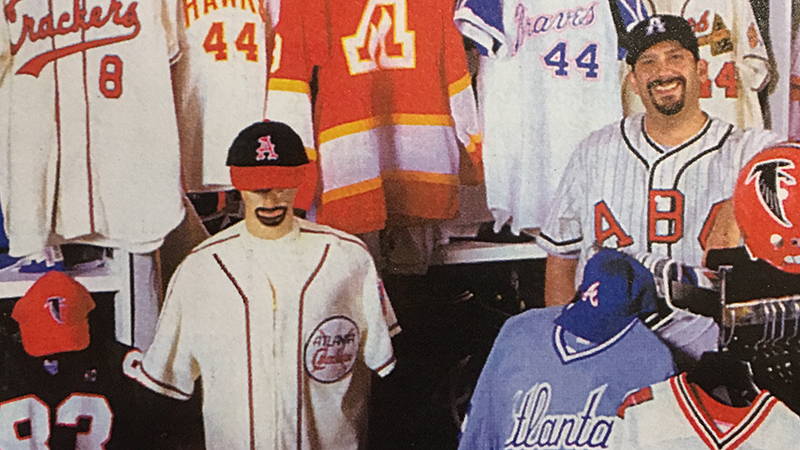 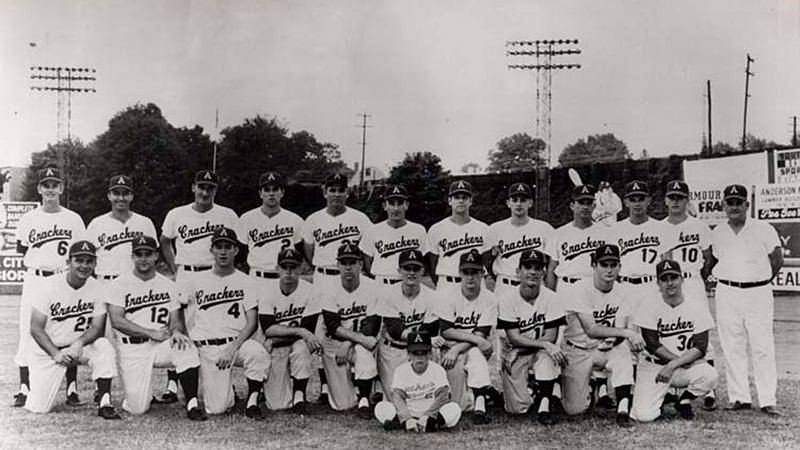 …1998. I’d been in the bar business longer than I’d wanted to be. The booze, late nights (REALLY LATE NIGHTS that turned into early morning nights) had taken their toll and I was ready for another change. Serendipity surely stepped in as I was on a flight back to Georgia after visiting the family in New York when I saw an ad in some catalog for a Hockey sweater. Not just any sweater, but a Montreal Canadiens Ebbets Field Flannels lace up sickest thing you’ve ever seen sweater. I had to have it. I got it. I loved it. I loved it so damn much that IT INSPIRED ME TO OPEN A VINTAGE SPORTS STORE. I moved fast and was looking to open a kiosk at the big mall in Buckhead (Lenox Square). Of course I knew one of my main suppliers had to be Ebbets Field Flannels and when I got the full wholesale catalog what did I see? THE ATLANTA CRACKERS T-SHIRT!...and cap, and jersey and heaven on earth on every history drenched page. I don’t know if the first shirt I saw in ‘92 was an Ebbets shirt, but the story about the Crackers was now coming to light and I made sure to stock up a-plenty on everything Crackers they had to offer. There was more. Flip another page and what did I see? A simple jersey with the arched letters A-B-C on the front and a product description: ATLANTA BLACK CRACKERS. I only felt uncomfortable for about a second and wanted to learn more about the Crackers and the Atlanta Black Crackers. One only has to read the many product descriptions offered on this very website to find out a little more history about the teams, but personally it has meant so much more to me. The Kiosk drew baseball fans like a magnet and business was good. So good that local baseball historian and author, Tim Darnell, purchased every bit of Crackers apparel I had. He then wanted to interview me for an article in Atlanta magazine about the Crackers and my little shop. Tim had written a book about the Crackers called “ The Crackers: Early Days of Atlanta Baseball” and when he saw all of the Crackers and Black Crackers apparel on hand, he actually teared up he got so emotional. He was a regular customer and constant source of old Atlanta sports knowledge that he shared with employees and customers alike.

Tim also introduced me to Larry Winter, who founded the Atlanta Sports Hall of Fame in 2005. Tim invited me to be on the committee and while working the induction ceremony in 2006, I had the honor and pure pleasure of meeting and spending some quality time with former Atlanta Black Crackers player and inductee, James “Red” Moore. He was 90 years old at the time and sharp and witty as he could be. He had lived through the Jim Crow era and shared with me some of the indignities he’d experienced. It was tough to listen to. On the other hand, baseball made life tolerable, segregated as it was, and fun for him. Other Atlanta Sports legends inducted that I met that night were Hank Aaron, Tommy Nobis, and Steve Bartkowski – truly a thrill - but meeting Mr. Moore was easily the highlight for me. He was SO overjoyed at the recognition deserved and bestowed upon him and he received the longest ovation of the night. Red was 99 when he passed away in 2016.

My store had a good run for 12 years from 1998 – 2009. It always amazes me how sports brings people together. I was able to meet and get to know so many wonderful people from athletes and entertainers, to good old regular folks who loved to talk about their favorite sports players, teams, and memories. Now I’m working for Ebbets Field Flannels – the guys who changed my life with a hockey sweater and some crackers.

For the record, according to Tim Darnell, the origin of the Crackers name remains a mystery but it could be a short version of another Atlanta minor league team from the late 1800’s, The Atlanta Firecrackers. I personally like the crack of the bat reference I was told. The Atlanta Black Crackers took their name from the white Atlanta Crackers team, looking to benefit from their name recognition and popularity.   As mentioned earlier, you can learn more by reading the product descriptions for the Atlanta Crackers and Atlanta Black Crackers on our website here: ATLANTA CRACKERS   & ATLANTA BLACK CRACKERS 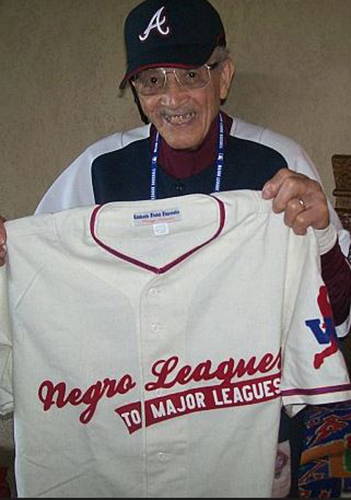 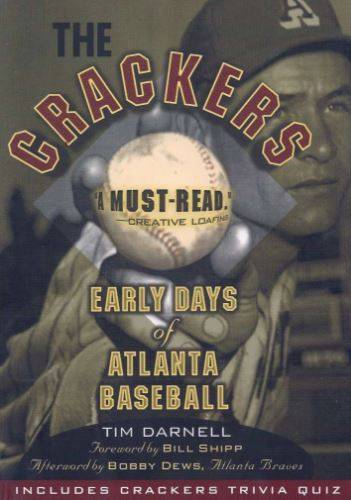 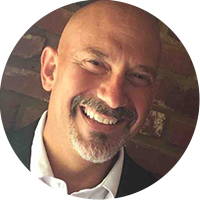